Learn ALL the things! That’s basically the motto at Big Nerd Ranch. And in my last post, I wrote about how my team, The Artists Formally Known As (╯°□°)╯︵ ɥsɐןɔ, learned a lot of new things when we tackled hardware hacking with Arduino, NeoPixels and Artoo.

Arduino is a great platform for beginning to learning about hardware. If you’re into Ruby, you might checkout Artoo, a robotics framework supporting a myriad of platforms, including Arduino. During our Clash project, my team and I wanted to use Artoo with NeoPixels, but there was no integration.

So we fixed it! 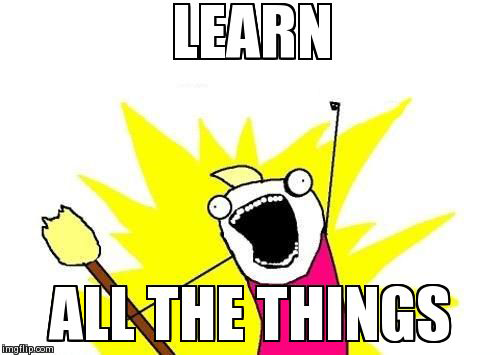 We packaged our integration between NeoPixels and Artoo into a rubygem for your hacking convenience.

First, you need to prepare the Arduino by uploading our custom Firmata. This extends the Standard Firmata to add protocols for setting up and communicating with NeoPixels. To get started: 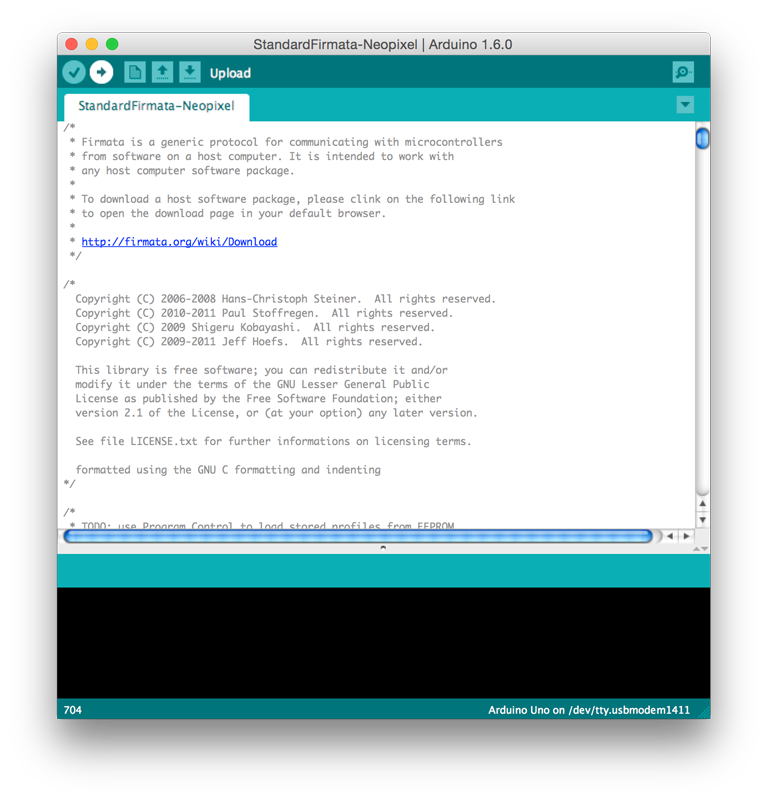 If you need more help with setting up the Arduino, check out [their guides][arduino-guides].

Next, install our gem. This extends Artoo with support for NeoPixel LED strips and matrices.

Now you just need to write something magical. Here’s an example script for a NeoPixel 40 RGB LED Matrix that will light up your room:

Run it and enjoy!

If you’ve played with Artoo at all, this will be completely familiar to you. Either way, there isn’t too much going on here, but the resulting strobe of blinky colors is quite satisfying!

We’re thankful to be able to open source this work. If you catch any gaping memory leaks or anything at all, feel free to open an issue.

What will you make? Show us in the comments!